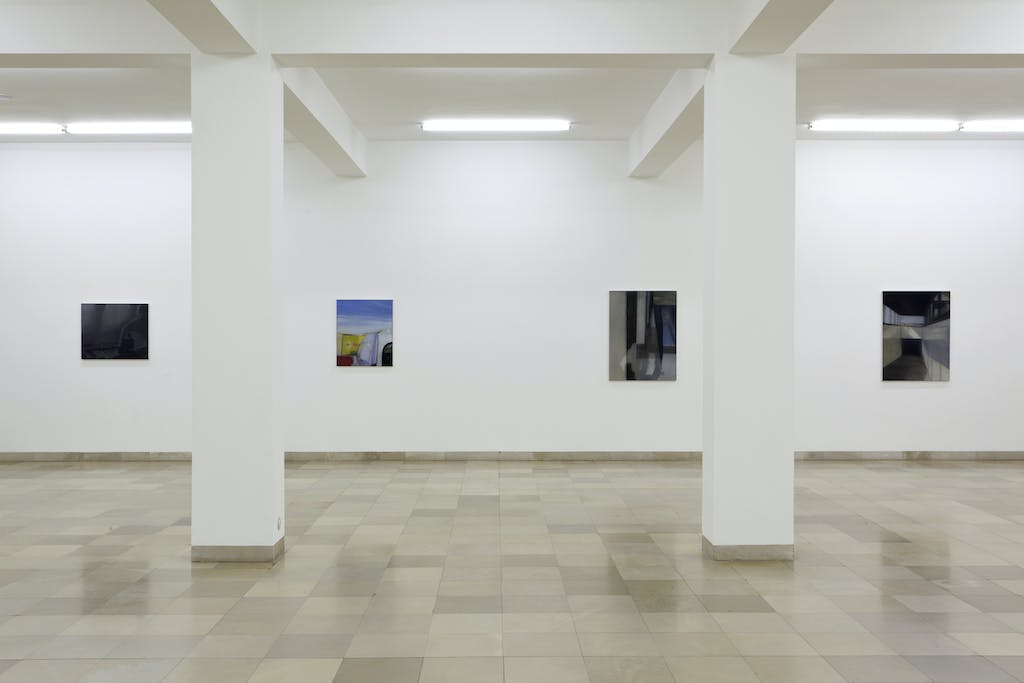 Bert de Beul's paintings show details of still lifes, landscapes, buildings and people painted in oil on canvas in extreme close-ups, strong contrasts of light and shade, and blurred contours. The motifs are transient, everyday images characterized mostly by contingency and triviality. They seem to be interchangeable, with neither place nor identity. For instance, one sees the entrance to a house, cars in a traffic jam, the back view of a ballerina, juicy red cherries and the view from a car onto an empty road.

Bert de Beul provides insight into modern living from his subjective perspective. He questions the mechanisms of perception, the handling of images and the definition of identity in today's society. In his own unique language of forms he draws on the idea of impressionism, in which the expression of spontaneous impressions is in the foreground. His works counter contemporary seeing that, due to photography and film, demands mostly a quick and complex reading. For de Beul's works you need time in which you try to place the image's content and to complement the image into a whole. Especially the technique of a blurred image occasions the viewer to tarry before the painting virtually in contemplation.

Bert de Beul's starting-point is not reality but pre-existing images. He employs as image-material illustrations he finds in newspapers, magazines and books, on packaging or other printed matter. He reinterprets them by isolating parts and re-presenting them as independent motifs. Subversively, from the underground, he investigates the discrepancy between the ancient belief in images and the justified scepticism toward them that is practised today. Thus, Bert de Beul visualizes the complex topic of seeing and perception through which, by virtue of his challenging and puzzling images, he caters to the desire in media society for new visual inspiration.

On the whole, "with his everyday moments, still lifes, vedute and interiors, Bert de Beul self-confidently favours an autonomous art of painting that does not rely on a gripping story, but rather on the constants of the genre: colour, composition, light, shading, which leads back to before modernity". Georg Imdahl (Kölner Stadtanzeiger 2009)