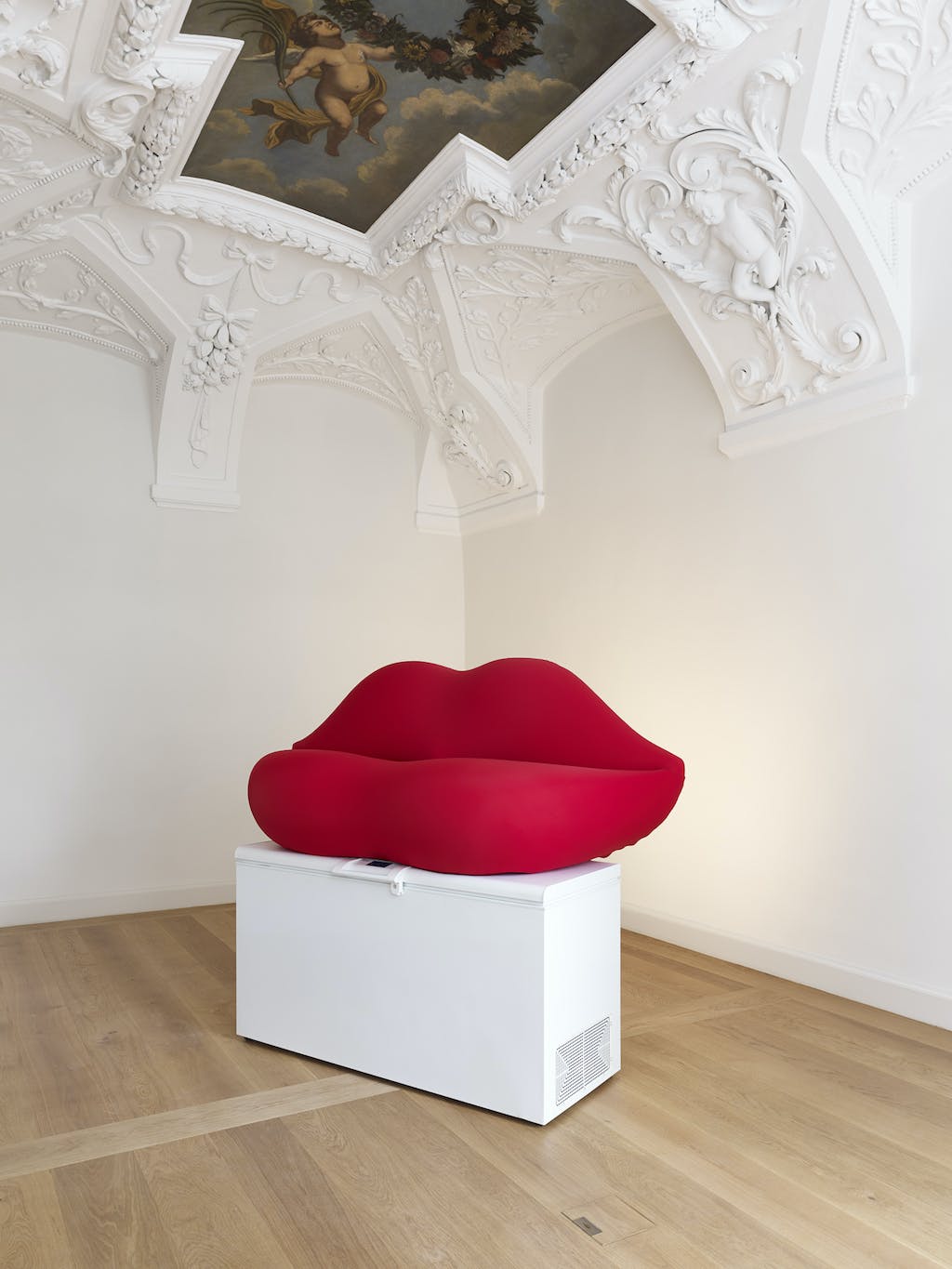 Bertrand Lavier is one of the most inventive and influential French artists of his generation. Since the 1970s he dealt conceptually with the notion of reality and its representations and later on broached the issue of the relationship between art and reality, investigating the mechanisms that can transform daily objects or borrowed elements from art history and pop culture into art. Lavier got well known for blurring the line between painting and sculpture by thickly coating everyday objects with acrylic paint – be it a fridge, furniture or a piano – and thus turning these still operating and clearly identifiable objects into artworks. His "objets peints" which he created since the early 1980s are always Janus-faced - their double identity refers both to the painted image of an object as well as to its real identity. They show an ongoing reflection on the basics of painting and short-circuit stereotypes in connection with painting. Similarily, with his assembled pieces, in which Lavier combines industrial objects like a fridge with a Ferrari car wing to a new entity, he provokes questions about artistic creation, its media and authorship.

Not formally trained in art, Lavier studied at the School of Horticulture in Versailles, where he discovered and deepened his interest in hybridization. “If you combine an orange with a mandarin,”he once said, “you get a tangerine. It's really a fifty-fifty mix of the two fruits. Similarly, when I paint a piano or put a fridge on a safe, the result seems to float between two separate things. Under the layers of paint is the real piano, but you can also concentrate on the paint as paint. One could say that my works are like tangerines.” None of Lavier's works is though regarded as being finished. In this sense an exhibition and its space is an opportunity for him to revive his concepts: "I make exhibitions: I don't produce images, I don't have a studio" (1984). Rather than inventing objects, he conceptually repositions them, giving them at the same time a rematerialization which distinguishes him from the classical conceptualist approach of the dematerialization of objects. The exhibition "Medley" brings together major new and historic pieces of his different strategies and systems of display, formulating a formal and conceptual situation.

A grand piano is painted all over with brilliant black and white acrylic paint (Bechstein, 2013); ready to be played. A nickel plated bronze cast of an originally wooden Oceanic sculpture resembles both modern and archaic artworks, and is opposed to a mirror painted with transparent acrylic paint. The mirror creates both an artificial and artistic reflection and lets us think of the different levels of perception. Another room shows new and historic works of the series "Walt Disney Productions". Referring both to the perception of contemporary art and to the imagery of popular culture Lavier created the first pieces of this series in the 1980s after a Walt Disney cartoon from 1947 entitled "Traits très abstraits", which told of Mickey and Minnie's visit to a museum of modern art. Lavier isolated the narrative's paintings and sculptures and enlarged them to the presumed format. In doing so, he short-circuited the cycle of representation by making tangible what until then was merely decor and fiction. In the works and their special exaggeration of clichéd forms and colors one could immediately recognize the vocabulary of both pictorial and sculptural modern art. Using technical reproduction methods, he turns the abstract pictures and sculptures into reality, thus taking conceptions on modern art from a popular context and humorously reintegrating them into a museum context.