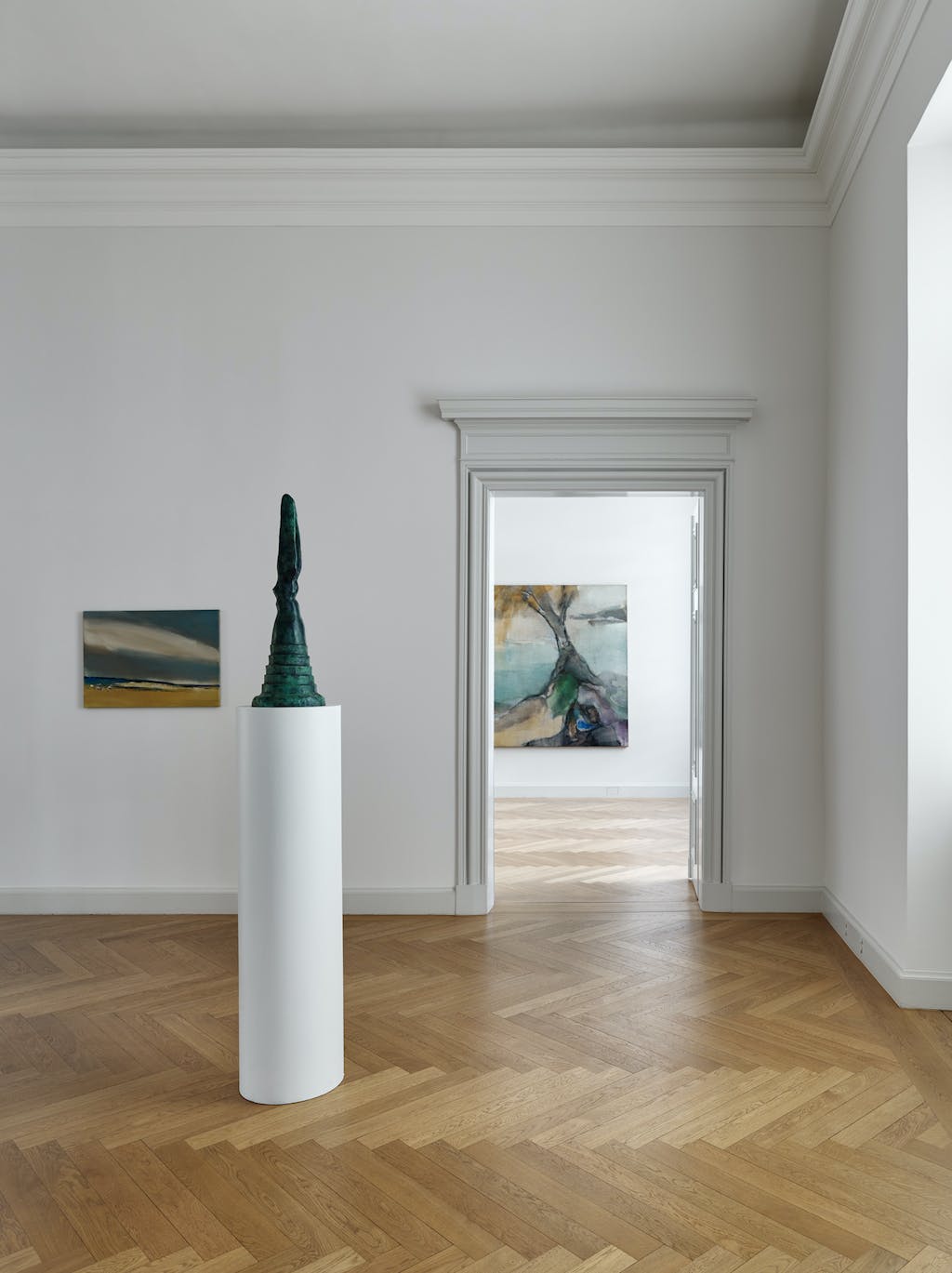 KEWENIG is pleased to announce the exhibition 'More Than Ever' with works by Leiko Ikemura on the occasion of Gallery Weekend 2018.  The selection of paintings and sculptures that enter into an equal dialogue, consider earlier creative phases of the Swiss-Japanese artist, as well as recent works. Since leaving Japan in 1972, Ikemura has lived in several European cities. In her substantial œuvre, which she has developed since the 1980s as a sculptor, painter and illustrator, elements of European and Asian art are combined.

Both Ikemura's painting and her three-dimensional works revolve around themes of form and transformation. Her mysterious and mythical creatures often derived from Japanese mythology such as that of the Kitsune - a white fox, which is able to assume human form, transforming itself primarily into a beautiful, young woman. The works are always presented in a state of becoming, the pictorial plane’s transition between humans, animals and nature, barely tangible. At the same time, the shadowy female with a slightly rumpled skirt is a recurrent motif in much of the artist's work.

The female torso of the bronze sculpture, 'Hase-Frau' (1990/2016), rises with elongated, rabbit-like ears from a seemingly architectonic base. The figure appears at once grounded yet floating, as if to create a connection between two worlds. The not yet exhibited early bronzes 'Untitled' (1988) and 'Bust' (1989) embody in a particularly subtle way the idea of a primordial landscape, in which human bodies - apparently at one with the earth - can only be imagined.

In addition to her partially coloured bronzes, Ikemura works predominantly with terracotta for her sculptures. The creative process and the traces of the artist’s hand remain visible, giving their surfaces a sense of movement that is reinforced by shimmering glazes. In the ceramics 'Trees out of head' (2015/2017) or 'Fuji-Face' (2012), the intrinsic oscillates with the landscape: on the recumbent heads of peacefully sleeping  faces, trees grow; in mountain landscapes female faces appear. Opening like vessels, some of the sculptures reveal their interior reward - dark, deep and calm.

On canvas, Leiko Ikemura creates moody visual worlds in a playful, fleeting style, in which she transcends the boundaries of the defined with omissions and flowing transitions. Since the 1990s, horizon-images have received special attention in her work. Between night and morning, sky and sea come to meet as two surfaces in one line, overlaid and blurred by thin layers of paint. In their utmost simplicity they stand in the tradition of Far Eastern landscape art and their emptiness leaves room for imagination. In a particularly close dialogue with her three-dimensional works, Ikemura's cosmic landscapes give anthropomorphic traits to trees and rocks. In the triptych 'Sinus Woman' (2018), the silhouettes of transparent bodies and implied facial features merge ghostly with strongly coloured and abstracted landscapes that resemble memory spaces and direct the viewer's gaze inward.