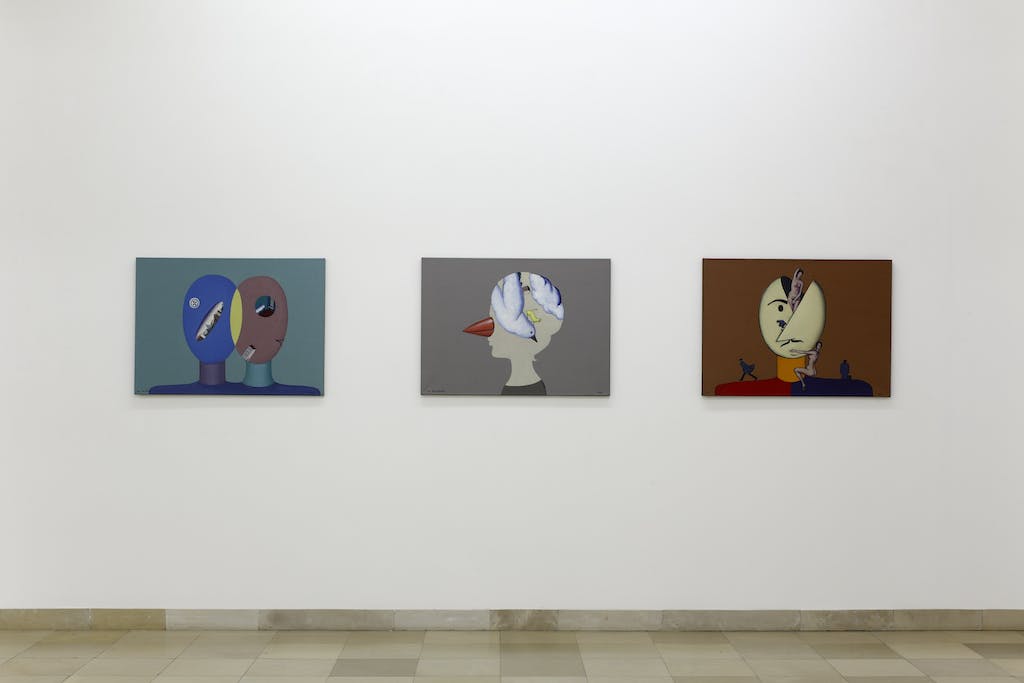 Kewenig Galerie is pleased to present its first solo exhibition with paintings, drawings and collages by Viktor Pivovarov (born 1937 in Moscow, lives and works since 1982 in Prague). Pivovarov is one of the leading figures of the group of "Moscow Conceptualists" who began working in the 1960s and '70s. Like his artist colleagues Ilya Kabakov and Erik Bulatov, Pivovarov was also active in his early years as an illustrator of children's books, predominantly as a means of earning a living and distancing himself from the official Soviet art apparatus. He was thus free to create a fantastical world of images, within which he enjoyed the greatest possible freedom of artistic expression.

The paintings in the "Dedications" series from 2005/2006, which are featured in the current exhibition, are dedicated to family members and close friends, including his wife Milena, his daughter Masha, the Russian historian and author Kiril Kobrin and the late poet Henrich Sapgir. The portraits are composed of absurd, surrealist elements. Characteristic for the entire oeuvre of the artist is a constant visual irritation. Pivovarov works consciously with the overlapping of various pictorial levels and the introduction of unexpected perspectives. In one moment he allows the viewer to give in to a certain illusion of reality, only to disrupt this illusion by means of visual fractures, which are difficult, if not impossible, to reconcile with real experiences, both spatial and visual.